We are branding, marketing strategy, and innovation consultants 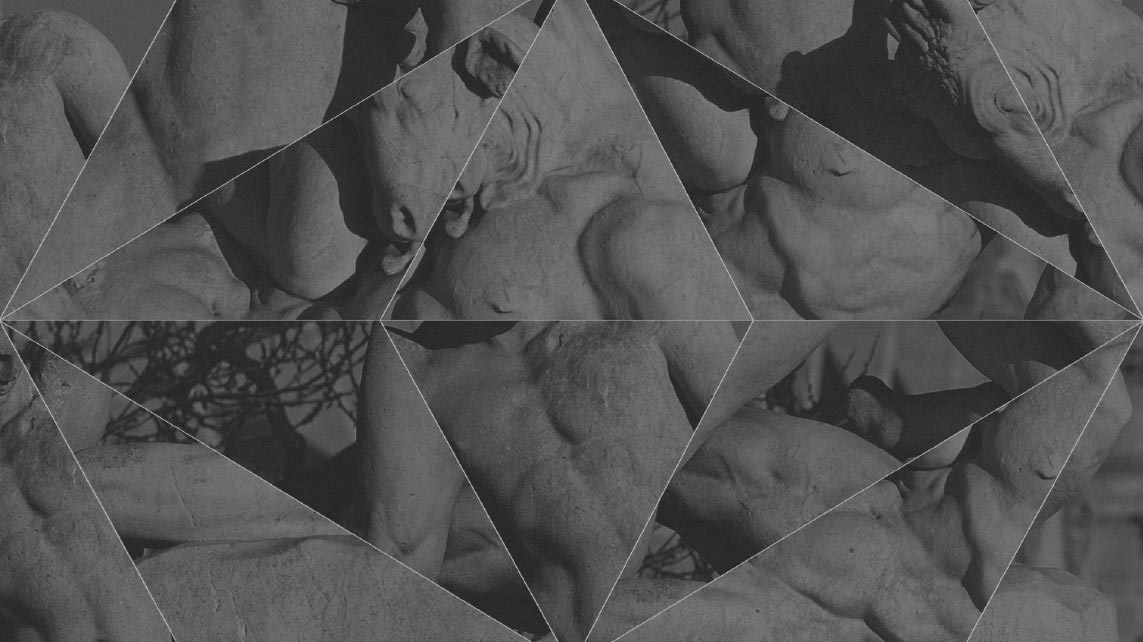 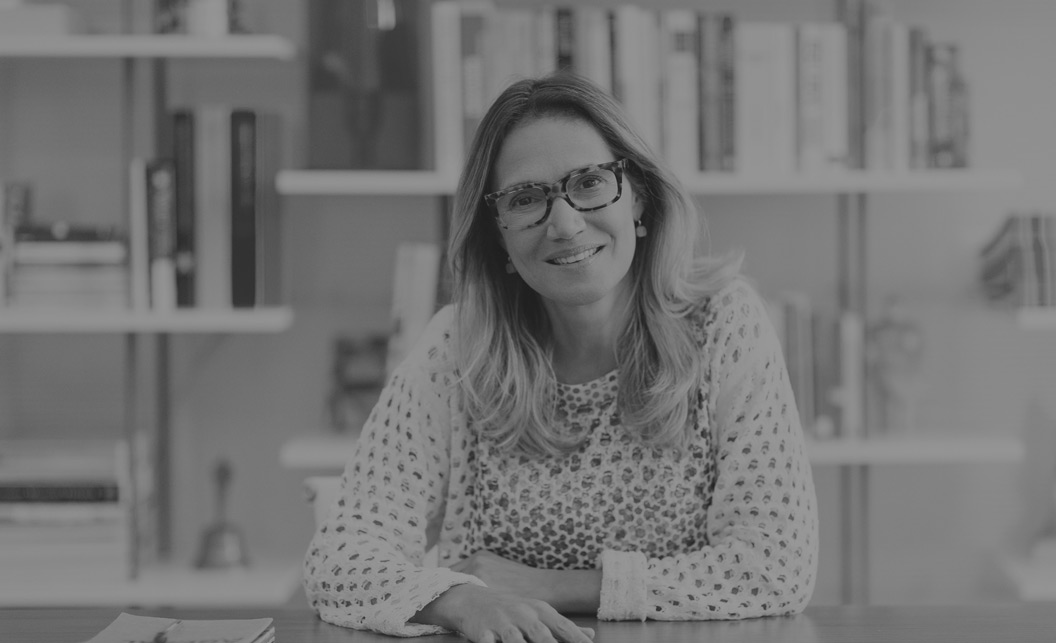 Solange worked from 1992 to 2006 in Multinational Companies such as Unilever, Mondelez & Heineken in the marketing & research teams in countries such as Italy, Spain, Argentina and Brazil.

She has a degree in  Semiotics at Buenos Aires National University (UBA) and a Master in Business & Communication at the Bocconi Universtiy- Milan.

Professional with more than 20 years of experience
in large companies such as Unilever, Kraft / Mondelez, Nokia, BRF, Raízen / Shell and Bunge;  working in executive positions in Marketing, Trade Marketing, Insights and Innovation.
Luciane has worked in several market segments – Food, Technology, Services, Franchising and Retail, being responsible for strategic planning, portfolio management, branding & communication and project management with strong implementation drive. She was a leader in Innovation at Kraft Foods North America and also a member of the Board of the Sem Parar Group.
She holds a degree in Engineering from the Mauá Engineering School and an Administration with an emphasis in Finance from the Armando Álvares Penteado College. She has held executive programs in Innovation in Stanford and Management & Leadership in Business in Kellogg. 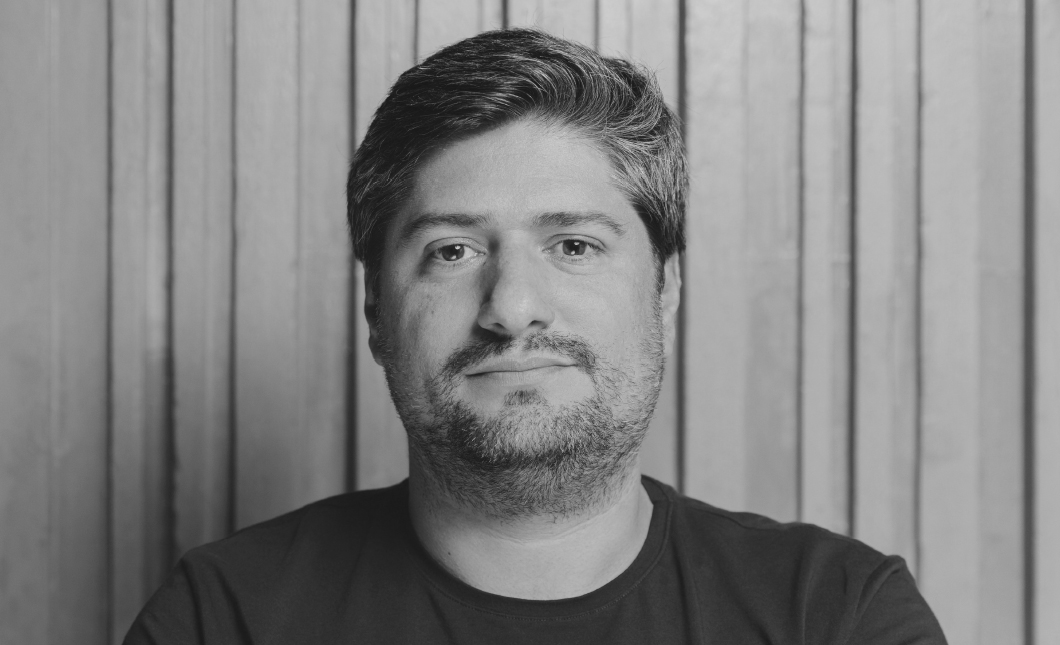 Mariano Serkin is an Argentinian creative who has been leading the global advertising business during the last decade.

In 2012, he was chosen by the prestigious international media AD AGE and CREATIVITY as one of the eight most innovative creatives of the global industry.

His personal objectives are to understand the complexity of the digital transformation journey. Design better strategies, value creation, and guide effective change for brands around the world.

Through this mantra, he has generated world class work for clients such as Procter & Gamble , Coca-cola, PlayStation,Mondelez, Toyota Europe, Inbev, BGH,among others.Mariano owns an ACE at the MIT Sloan’s in Management, Strategy, Innovation and Technology. 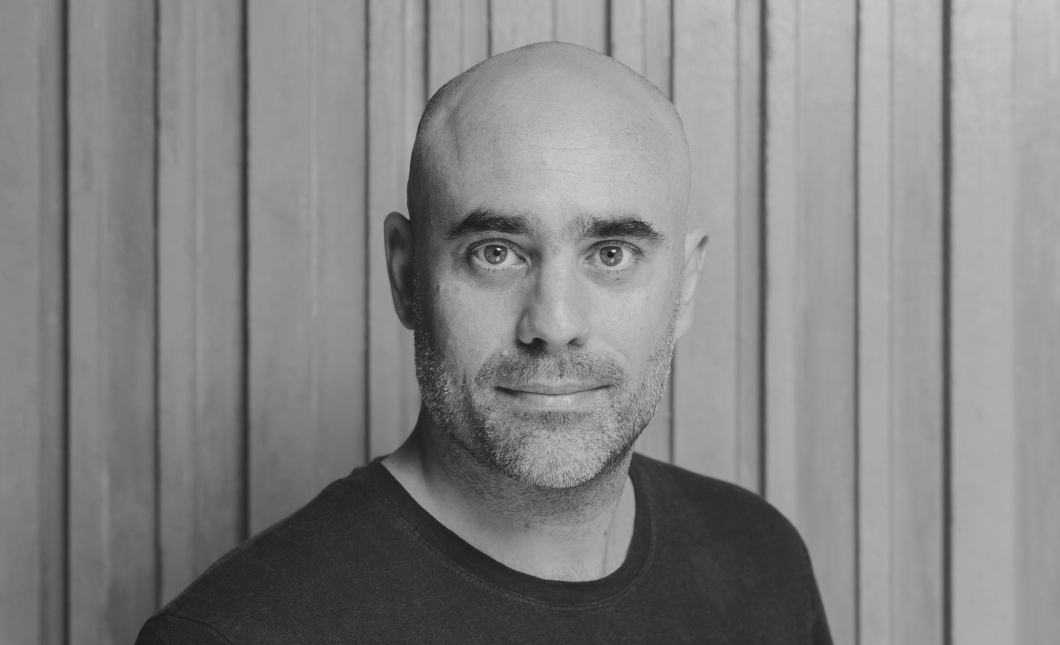 Argentinian creative who has been leading the advertising industry for 20 years. He began his creative career at Leo Burnett, going through agencies such as Ogilvy, Del Campo Saatchi & Saatchi, BBDO y David Sao Paulo. Chief Creative Officer of JWT for all Latin America. In these agencies, he has worked for local, regional and global clients such as Procter, Coca-cola, Nike, Burger King, Listerine, Pepsi, H2oh!, Doritos, Lays, Sony, Tramontina, Fiat, Kit Kat and Arcor among others. Rodrigo is, at the moment, one of the most awarded creatives of his generation with 30 Lions in Cannes and GP in the circle of Argentinian Creatives, Ojo de Iberoamérica , El Sol and Fiap among others. He has a particular smell to create ideas that impact popular culture led him to win 2 Great Effies and 1 Martin Fierro , and to create popular Hits such as: Pecsi, “te clavo la sombrilla” for Claro,”Trencitas” for H2oh!, and the mytical “Héroes”, “Inmensionante” for Pepsi and “Que vuelvan los lentos” for Doritos. In his passage through JWT Brasil, the agency won 18 Lions, placing second behind the mythical Almap/BBDO in one of the most competitive creative markets in the world ; in addition to achieving, for the first time in history, JWT Latin America to be the first in the ranking of Cannes networks. 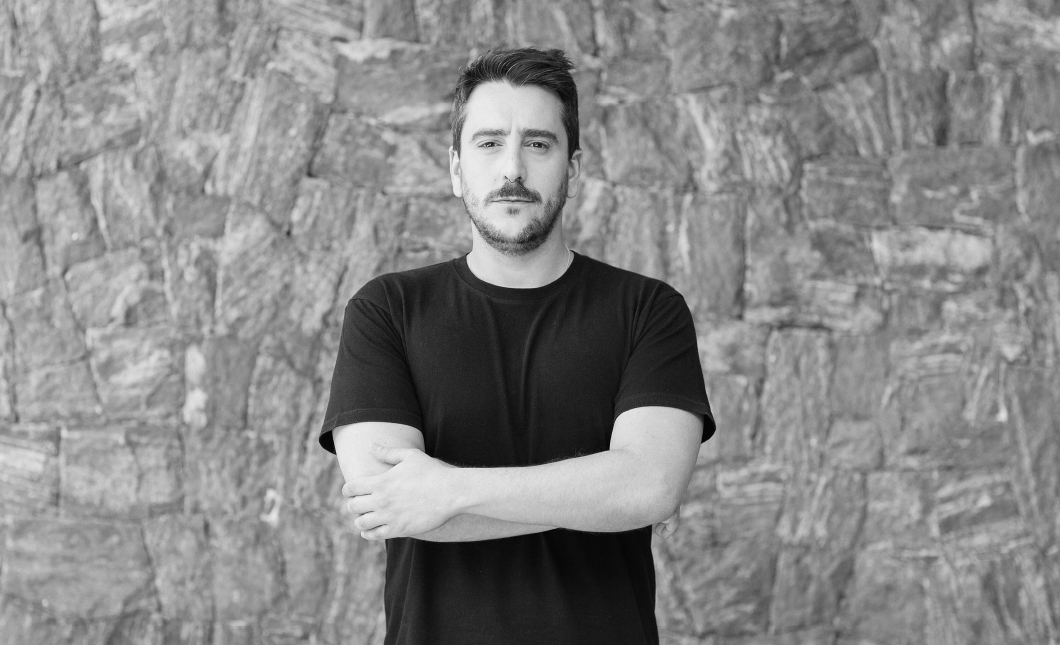 Before creating Pharus, Marcio led Alexandria’s Strategic Innovation department, leading projects for clients including Coca-Cola, BRF, Unilever, and many more.
Previously, he worked as Innovation Manager for the Havaianas brand and was responsible for the communication of Levi’s in Latin America. He also worked in Innovation at Unilever and was Art Director at J. W. Thompson. Marcio holds a postgraduate degree in Marketing Strategy and Branding from New York University and an extension certificate in Image Consulting from the Fashion Institute of Technology. 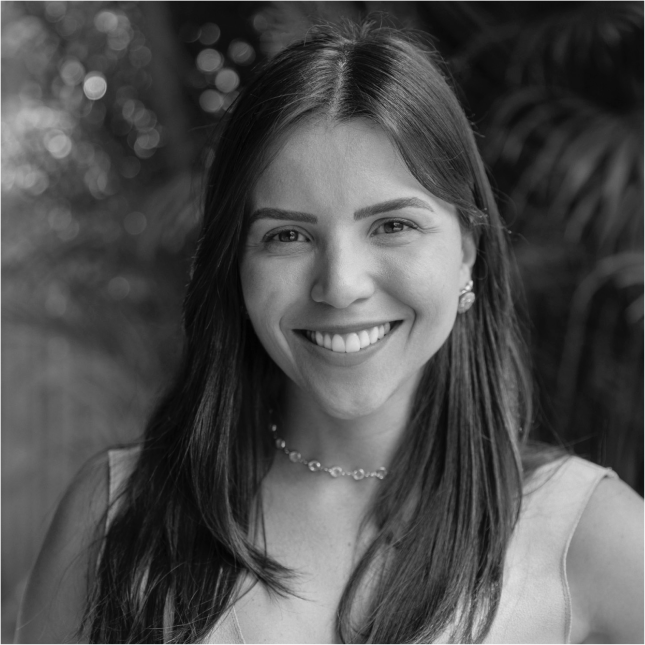 Consultant specialized in Branding and Portfolio Strategy leading important projects of the group Alexandria with big companies like Nestlé, Mondelez, BRF and Hypera Pharma. With more than 10 years of experience, she has developed her career in different market segments leading projects in the areas of Marketing and Consumer Insights in companies such as Unilever, Bunge, Nestlé and Carrefour. She is responsible for strategic planning, portfolio management, brand & communication and innovation projects. She holds a degree in Advertising and Publicity from Casper Libero College and a postgraduate degree in Business Management from Fundação Getúlio Vargas. 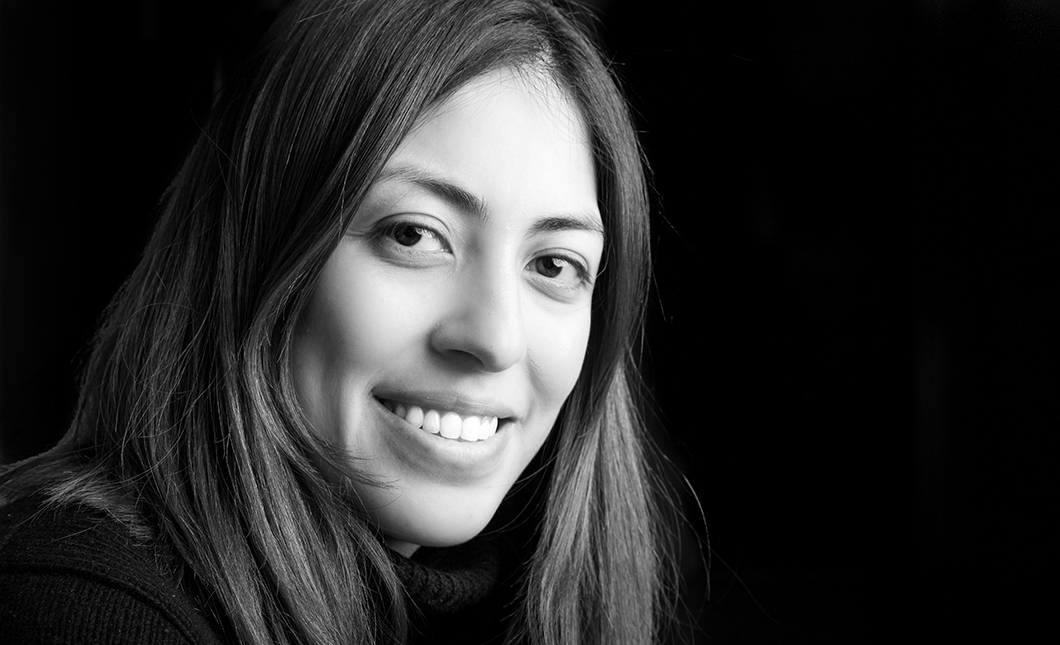 Consultant specialized in Branding and Consumer Insights. Zareth has extensive experience in working in the food, beverage and pharmaceutical markets for brands such as Mondelez, Coca-Cola, Bimbo, Unilever, Diageo and Pfizer. Zareth has coordinated in-depth behavioral research on women and middle-classes. In Mexico, she developed her ten-year career in Marketing working for global branding, design and public relations agencies. She currently collaborates on projects with Brazil, Argentina and across Latin America. She has a bachelor’s degree in Marketing from
the Instituto Tecnológico de Monterrey,
in Mexico, and extension certificates in History
of Art and Consumer Psychology from
the L’École Supérieure de Gestion, in Paris. 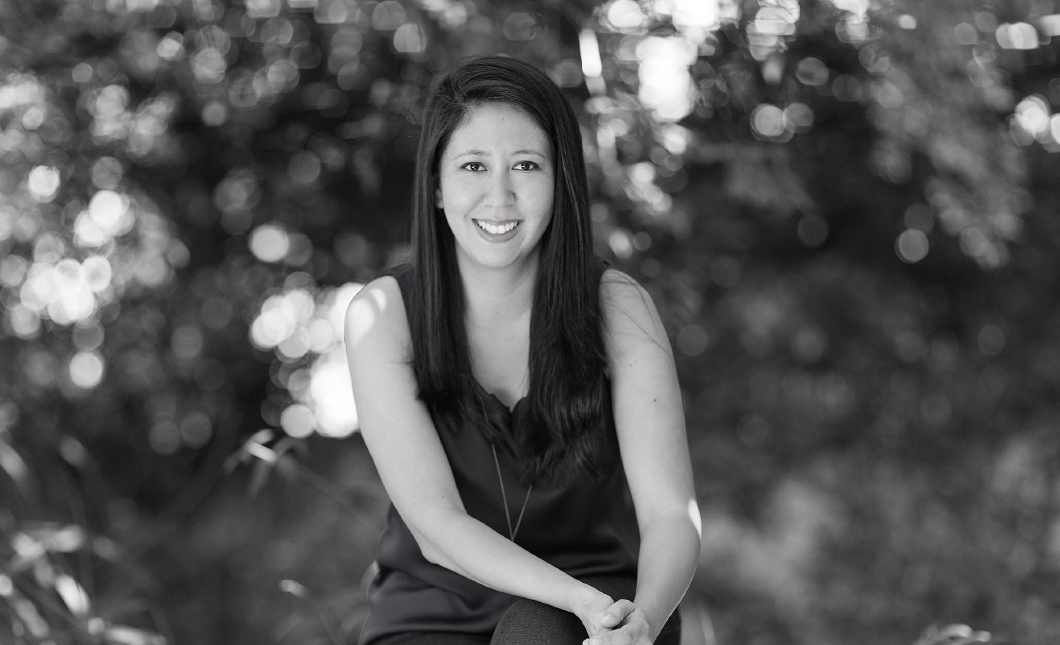 Cris Inoue has over 10 years of experience in creativity and brand managing. She is passionate about design and believes that good ideas can change the way you understand all the things. At Pharus, she leaders the Design area, developing many projects like visual identity, packaging, language, innovation, editorial, for different segments and clients such as Coca-Cola, Leão, Google, Natura, Nike, Patricia Bonaldi, Alpargatas, to name a few. Previously, she had worked at branding consultancies Interbrand and FutureBrand in which she created big projects for Itaú, Bunge, AB InBev, Citrosuco, Allianz, Vale. During that period, she’d coordinated multidisciplines creative teams and was responsible for recognised works in important awards like iF Design Award, Idea Brasil and Bienal Brasileira do Design Gráfico. Cris is graduated in Design at Mackenzie University, specialised in Graphic Design at Senac and in Business Management & Marketing at ESPM. She also has been teaching design at Miami Ad School | ESPM for the last 8 years. 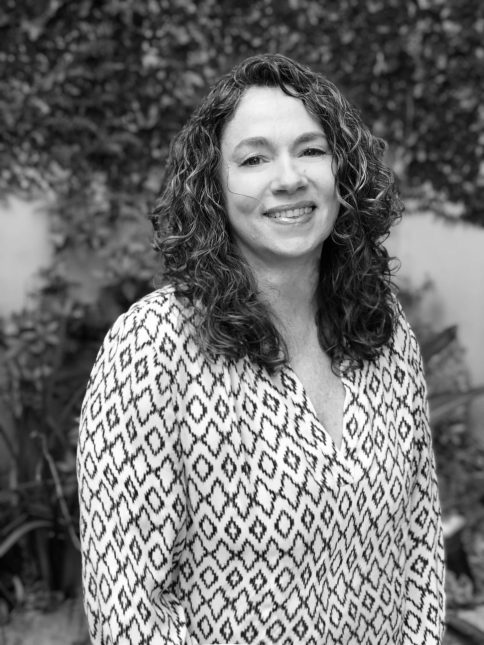 Andrea is Head of Planning at our Buenos Aires office.

She has over 25 years’ experience in Consumer Insights, Marketing and Innovation

Prior to joining Alexandria, she held a number of regional and global positions at Unilever, as both CMI and  Marketing Innovation Manager, based in Buenos Aires, London and Sao Paulo.

She has held her current post at Alexandria in Buenos Aires since 2009 and has had the opportunity to lead and contribute to the success of a myriad of projects, spanning a range of products and services too broad and varied to list here.

She has a psychology degree from the Universidad de Buenos Aires. 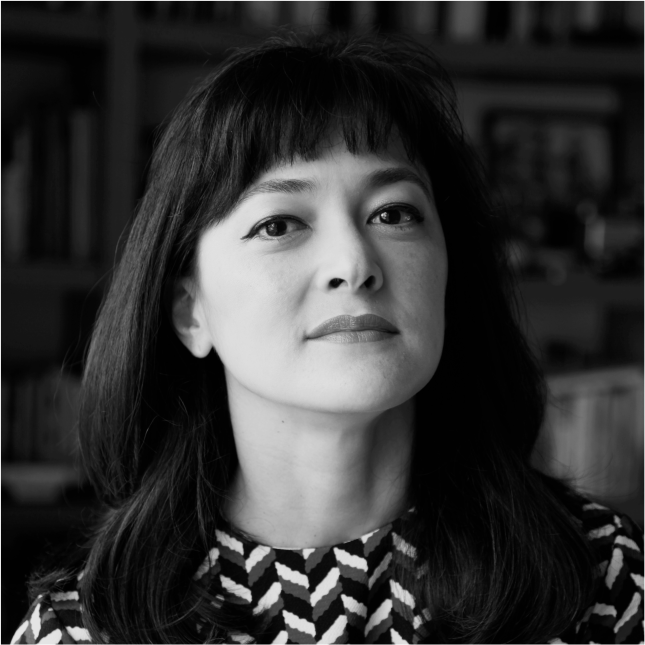 Before joining Pharus Design, Vivi worked for 14 years at Natura Cosméticos. As head of Innovation and Marketing for Fragrance, Make up and Child Care categories she led the creation of many sucessful brands. Was also responsable for repositioning and modernizing many other Natura’s existing brands. Vivi was proud of helping the company gain leadership with over 50% market share in Fragrance.

In Innovation, one of her favorite projects was  creating the strategy and implementing the Brazilian Essential Oil’s Plataform along with Natura House of Fragrance with its own team of Perfumer and Olfactive Evaluation professionals working co-creation with IFF and Givaudan Fragrance Creation Centers in São Paulo, New York and Paris.

Passionated with aesthetics and content, she was also responsable for Trend Analysis to support Natura’s Business Units Strategic Plans. She had her educational background in Communication and Marketing at Universidade de São Paulo – Escola de Comunicação e Artes, Business Management at Fundação Getúlio Vargas, History of Art and MBA in Luxury Business at Fundação Alvares Penteado. 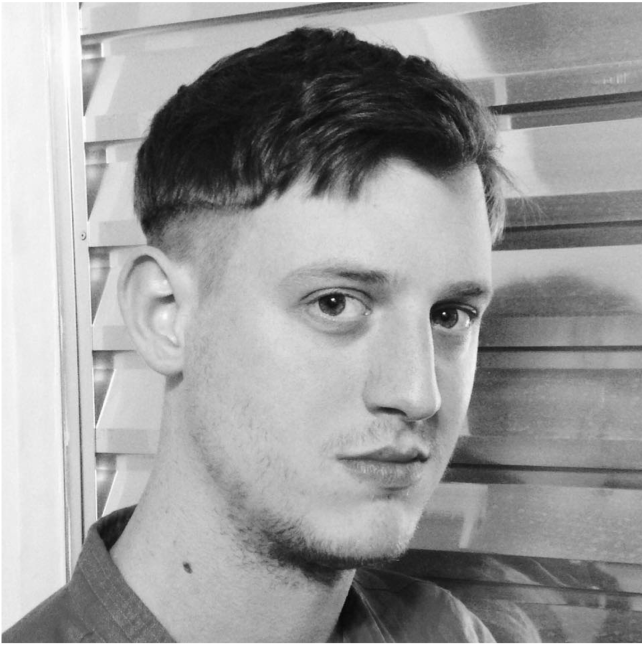 As Design Director in Pharus, Luca has taken part in projects for clients such as Coca-Cola, Google, Mondelez and Danone, contributing as a designer and/or team leader.

Luca has more than 10 years of experience working on brand and design consultancies, time in which he specialized himself into creating and telling stories through design.

He believes that in the creative process, intelligence and intuition need to be combined in order to develop products and brands that surprise us for being strategic and fascinate us for being beautiful.

He has has a bachelor’s degree in Design from the University of São Paulo (USP), in Brazil.